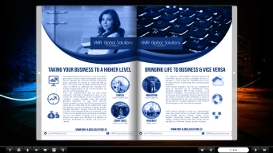 MOUNTAIN VIEW, Calif. — At Google, data is king. Now the company is using data to figure out if it can anoint a few queens.

The company hopes its famous algorithms can solve one of the most vexing problems facing Silicon Valley: how to recruit and retain more women. Google has generally been considered a place where women have thrived, but it wants to figure out how to compete even more vigorously for the relatively few women working in technology.

Executives had been concerned that too many women dropped out in the interviewing process or were not promoted at the same rate as men, so they created algorithms to pinpoint exactly when the company lost women and to figure out how to keep them. Simple steps like making sure prospective hires meet other women during their interviews and extending maternity leaves seem to be producing results — at least among the rank and file.

Still, senior women at the company are losing ground. Since Larry Page became chief executive and reorganized Google last year, women have been pushed out of his inner circle and passed over for promotions. They include Marissa Mayer, who left last month to run Yahoo after being sidelined at Google.

“There was a point at Google when the cadre of women leadership was pretty strong,” said a former Google executive who would speak only anonymously to preserve business relationships. “That has changed.”

The valley’s longtime image as unwelcoming to women became a topic of conversation recently when Ellen Pao, a junior partner in the venture capital firm of Kleiner Perkins Caufield & Byers, filed a sexual discrimination suit against her employer. And it persists even though more women than ever are leading or in top positions at technology companies — including Yahoo, I.B.M., Hewlett-Packard, Xerox and Facebook.

Ms. Mayer, 37, was the first woman to be an engineer at Google and ran its most profitable business, search, for years. But in 2010, she was given a new assignment that many at Google considered a demotion, and then Mr. Page removed her from his committee of close advisers.

That committee shrank from about 15 people, four of whom were women, under Eric E. Schmidt, Google’s previous chief executive, to 11 with just one woman, under Mr. Page.

Also removed from the L Team, for Larry Page, were Rachel Whetstone, who oversees communications, and Shona Brown, who oversaw business operations and now leads Google.org, the company’s philanthropic arm, a lower-profile job. Only one woman remains — Susan Wojcicki, who oversees advertising. Several men were also removed in the shuffle.

Of the seven people Mr. Page appointed to lead product areas when he reorganized the company last year, just one, Ms. Wojcicki, was a woman.

People familiar with Mr. Page’s management style and the company’s reorganization said gender played no role in his decisions.

“Larry focused on certain products, and the people who happened to lead those products and became his direct reports were men,” said Laszlo Bock, who oversees people operations at Google.

Many senior women remain at Google, including the director of marketing, Lorraine Twohill, and the leader of the Washington office, Susan Molinari. Google has three women on its 10-member board — Diane B. Greene, Ann Mather and Shirley M. Tilghman, all outside directors. Also, one man, Jonathan Rosenberg, former director of product management, resigned around the time of the reorganization.

“Being here so long, it has been a very supportive place for women,” said Ms. Wojcicki, who is the sister-in-law of Sergey Brin, Google’s co-founder. “The founders understood it was something that was good to build into the culture early on.”

Some women in less prominent positions say that although it is disappointing to see top women leave, they don’t feel underappreciated.

“On the ground, I think that the sentiment is still that it’s a very welcoming place for women,” said a woman who works for Google who spoke on condition of anonymity because employees are not supposed to talk to reporters without permission. “Things haven’t really changed at the lower levels of the company.”

But others say the dearth of women at the top of Google reflects what is, over all, a male-driven engineering culture. Mr. Page values product people like himself over business people, they say, and at Google, as at many technology companies, product engineers tend to be men.

“Part of the issue is who Larry wants around him, and those are the guys he’s most comfortable with because he knows their whole engineering and computer science background,” said a former longtime senior Google employee.

Even so, filling Mr. Page’s inner circle with men could have consequences for Google.

“Having women leaders is not just a question of equity or somehow ticking the box,” said Sylvia Ann Hewlett, who studies gender diversity and business at Columbia University and is president of the Center for Talent Innovation. “Particularly at technology companies, it really does contribute to innovation and a company’s ability to exploit new markets.”

Google is hardly alone in its struggle to attract, retain and promote technical women. The number of women working in professional computing jobs dropped 8 percent, to 25 percent of the total, between 2000 and 2011 while the number of men climbed 16 percent, according to the Bureau of Labor Statistics.

More than half of women in technology at big companies leave midcareer, but half of those who leave stay in technical jobs, moving to the public sector or start-ups, indicating that there is something about big companies that pushes them out, said Catherine Ashcraft, senior research scientist at the National Center for Women and Information Technology.

Google’s founders hired Ms. Wojcicki, Ms. Mayer and Jen Fitzpatrick, now an engineering vice president, early; they believed they would have more luck luring technical women once several already worked there, Ms. Wojcicki said. She was pregnant when she started, so the founders promised her subsidized child care.

That continues to be a benefit at Google, as are other family-friendly perks like a $500 stipend for takeout meals after a baby is born, paid leave of up to five months for new mothers and seven weeks for new fathers, and conveniences like dry cleaners on Google’s campus so people can complete errands during the workday.

Meanwhile, there is the very Google-y approach of gathering data on precisely when the company loses women, then digging deeper to figure out what is happening and to try to fix it.

The results, Mr. Bock said, have been noticeable — at least outside the senior levels of the company. One-third of Google’s 34,300 employees are women. He would not say what percentage of technical employees were women, but he said it was better than the national average of about 25 percent.

Google’s spreadsheets, for example, showed that some women who applied for jobs did not make it past the phone interview. The reason was that the women did not flaunt their achievements, so interviewers judged them unaccomplished.

Google now asks interviewers to report candidates’ answers in more detail. Google also found that women who turned down job offers had interviewed only with men. Now, a woman interviewing at Google will meet other women during the hiring process.

A result: More women are being hired.

Once hired, technical women were not being promoted at the same rate as men. At Google, employees nominate themselves for promotions, but the data revealed that women were less likely to do so. So senior women at Google now host workshops to encourage women to nominate themselves, and they are promoted proportionally to men, Mr. Bock said.

Another time Google was losing women was after they had babies. The attrition rate for postpartum women was twice that for other employees. In response, Google lengthened maternity leave to five months from three and changed it from partial pay to full pay. Attrition decreased by 50 percent.

“We get incredible women into the company, and we work hard at getting incredible women,” said Alan Eustace, senior vice president for knowledge at Google. “I wish we could say we’re amazingly successful and closing in on 50 percent women, but it’s not true.”

Sorry, the comment form is closed at this time.